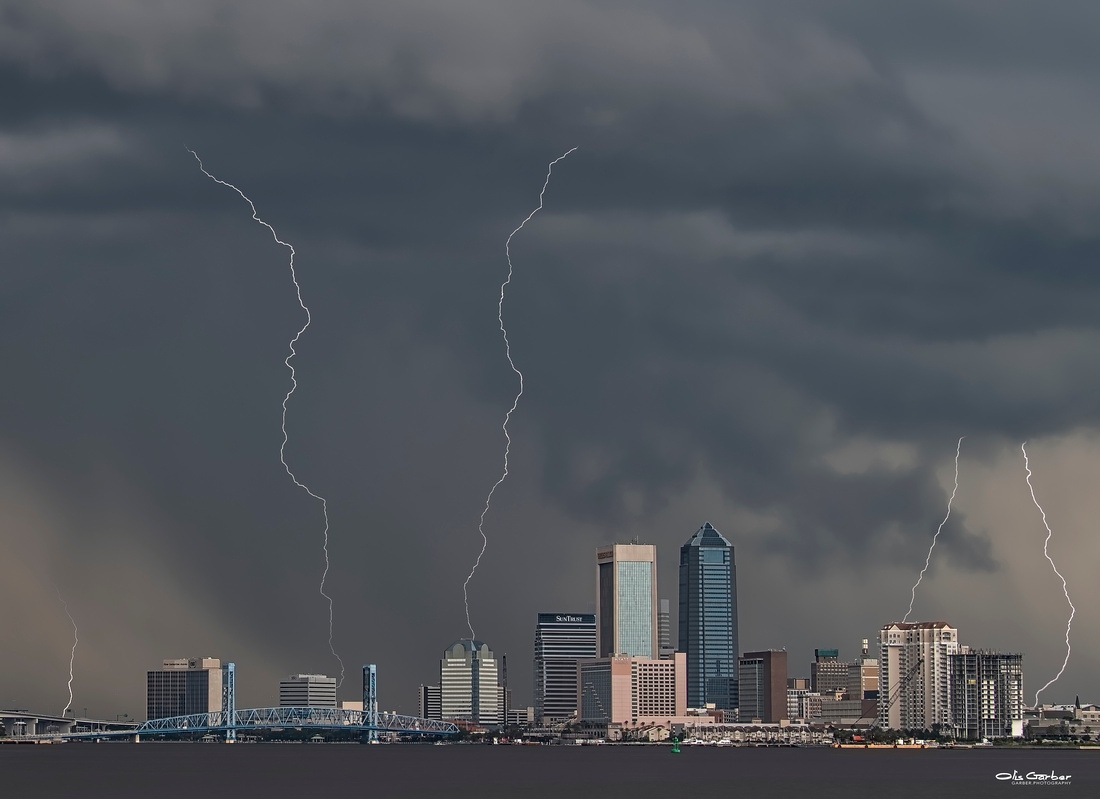 Packing a ChargeCooling afternoon shower packed with lightning over Jacksonville

Of the 50 United States, Florida is the lightning capital. While the most frequent lightning strikes occur in the Tampa Bay Area, the chance of being struck by lightning in Florida is 1 in 3,000 over the course of a lifetime.

Moving indoors offers the best protection from lightning. The best structure is a large, fully enclosed building that has electrical wiring and plumbing. Small, light, or open-air structures such as picnic shelters, sheds, carports, barges, golf shelters, tents, greenhouses, and baseball dugouts are NOT considered safe buildings. Once inside, you want to avoid using any electrical device or taking a shower or bath.

If you cannot find a structure to seek shelter in, the next best thing is a vehicle.

From the area where it is raining, lightning can strike as far as 10 miles, and in some extreme cases up to 20 miles - Florida State University.

That being said, this type of photography is high risk and elusive.

Lightning and the Lightning Trigger

Two components of lightning I’m after are the bright white flash and the unseen infrared light that always precedes the white flash.  Lightning triggers use a high-speed photodiode sensor optimized to the infrared burst that occurs just before a lightning strike. This infrared light comes from the vaporization of air and particles in the air. When a significant change of infrared light over several milliseconds is detected, the trigger directs the camera shutter to activate. 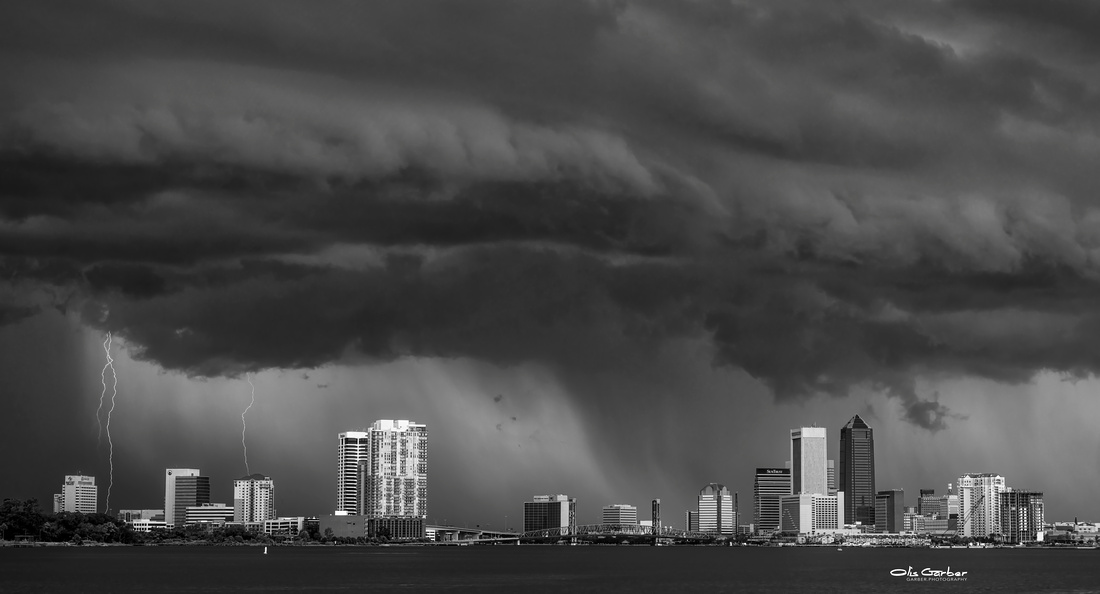 When Sea Breezes CollideA study in black & white, where the sea breezes from the Atlantic and Gulf meet, a cooling afternoon shower packed with lightning over Jacksonville Florida.

It’s exciting when it all comes together, you’re set up on a grand foreground, your camera settings are working with the changing sky conditions, a storm is approaching, lightning flashes, the lightning triggers are tripping your camera shutters and that’s about when you decide it's time to pack up and run.

For more of my lightning images, click here: Waters Edge