Core of a Forgotten Coast 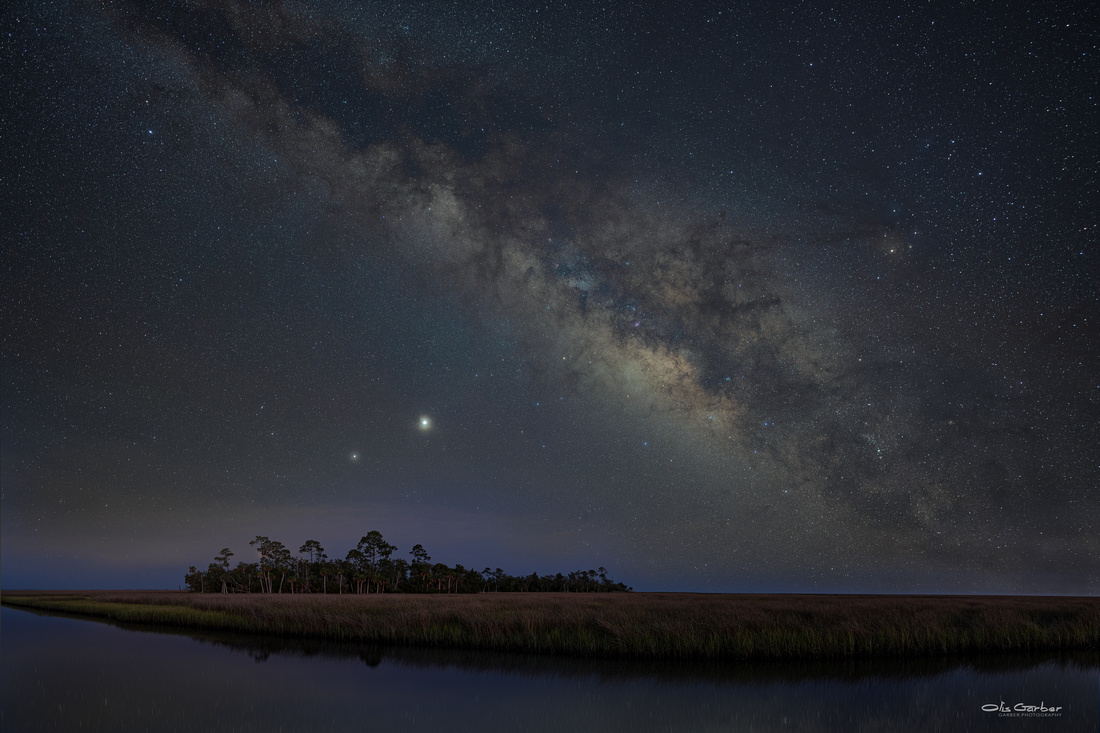 Drawn to the LightThe core of the Milky Way with Jupiter and Saturn over Florida’s forgotten coast. It’s like I'm a moth drawn to the light. I’ve shot this landscape so many times but each time I try something a little different. Read how this image was created: https://www.garber.photography/blog/2020/7/core-of-the-milky-way-with-jupiter-and-saturn-rising-over-florida-s-forgotten-coast

It's like I'm a moth drawn to the light. I've shot this landscape so many times but each time I try something a little different. The core of the Milky Way with Jupiter and Saturn rising over Florida’s Gulf Coast.

For the sky portion of this image, to get sharp stars with no star trails, I used a MoveShootMove tracker with the Z7 set to Bulb for three 80 second exposures at ISO 800 with a lens aperture at f/2.2. I used an N2 from Foolography to remotely control (ISO, shutter, and aperture) and to trigger the Z7 from my iPhone.

Starting at 10:54 PM, I took three sky images and three additional dark frames with these settings.  Compositionally, this would become the upper 3/4s of the final image, a vertical pan.  The little foreground that I had in these image would be replaced during post processing by a foreground that was taken at the end of the blue hour.

The six raw (NEF files), three sky and three dark frame were adjusted in Lightroom and exported as tif to StarryLandscapeStacker to get noise, hot pixels, and airplane trails removed.

The foreground (water, salt marsh and island), consisted of two horizontal images taken looking southeast and south at 9:12 pm with the MoveShootMove tracker turned off.  Camera settings for these images; ISO 64, f/2.8, and 4 second shutter. These files were adjusted in Lightroom and combined as a pano.

Then both the tif from StarryLandscapeStacker and the pano from Lightroom were opened in photoshop, sized (transformed), placed in layers and positioned, then blended (brushed) using layer mask in photoshop combining the sky and foreground.

Using the MoveShootMove tracker, the real breakthrough for me this time was how easy it was to get the laser aligned quickly and perfectly on the North Star. The breakthrough was a suggestion from a friend, Keith Bartholomew to use a Wimberley gimbal tripod head as the head directly mounted on the tripod instead of a ball head. Just happens I’ve got one of those because I also do wildlife photography with a 600mm lens. The Wimberley has separate and distinct controls for left/right and up/down movements with two big separate nobs. Then the camera with a smaller ball head (RRS BH-30) is mounted with the MoveShootMove in the center of the Wimberley's head and perfectly balanced.

Most notable experience this trip was a mid-day black & white pan/focus stack taken standing on a wooden, dirt-covered bridge, with a pack of wild dogs under it. That kept us on our toes. 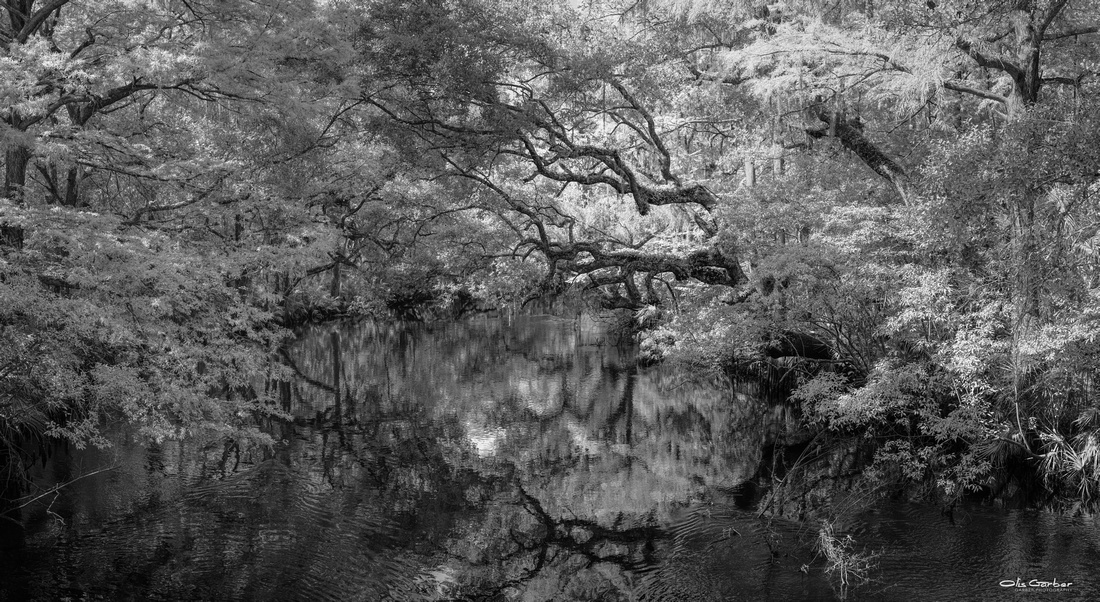 The Florida ForgottenFenholloway River. It's not everyday you get to photograph a scene with a pack of wild dogs under the dirt covered bridge your standing on making an image.

Links to vendor products mentioned above: